Fantasy Football – How to Play

Is there anyone left in America was hasn’t heard of Fantasy Football?

Thanks to mainstream TV shows like The League and a surge in friendly (or not-so-friendly) office pools there’s no bigger game in the US right now than Fantasy Football.

And now it can make you rich. Well, some of you. Much like the poker boom of the early 2000s Fantasy Football is the fastest growing segment of the online gambling world and it’s only getting bigger each year.

Even better it’s all legal, all accessible within a few minutes and with your credit card number and there’s very real money to be won.

Like, life-changing money. For very little investment. Every day. All those years on the sofa listening to John Madden and Pat Summerall waxing philosophic on the NFL may now have finally paid off. 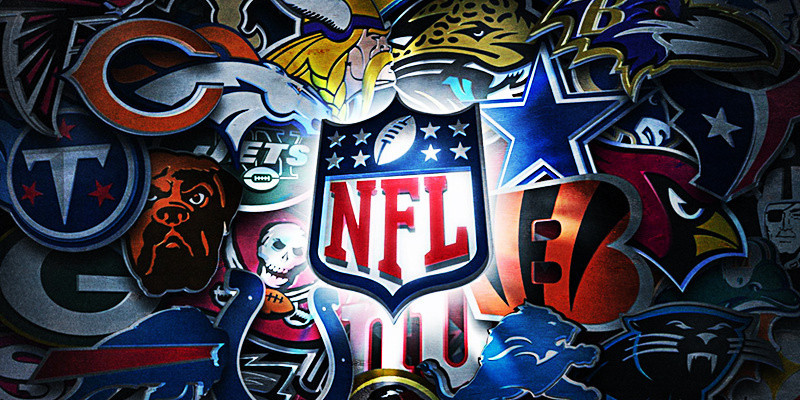 No Long-Term Commitment, Games for All Budgets

If you’ve never played real-money Fantasy Football it is quite literally just minutes away and much easier to play (and win) than you might imagine.

If you’ve played Fantasy Football before (like in one of those office pools mentioned above) you’ve likely picked a full roster of players that you stick with for a full season.

You make a few changes here and there if a player gets injured, or let it ride for the whole season, and see how it all plays out by the Super Bowl.

Daily fantasy sports are similar but much, much quicker to play (and see a return on) and require much less of a time commitment/monitoring. (Unless you want to get serious and become a Fantasy Football pro, of course, but for the average football fan/punter there’s no need to go that deep.)

If you play fantasy baseball or basketball you can play every day but NFL football gives you a bit more time to settle on your lineups. Still, games now run Thursday-Monday so you need to prepare early in the week.

Games are available for all budgets, from 25c up to hundreds or thousands. With multi-million dollar guarantees for buy-ins of $20 or less, life-changing money is available to even the smallest-stakes player. 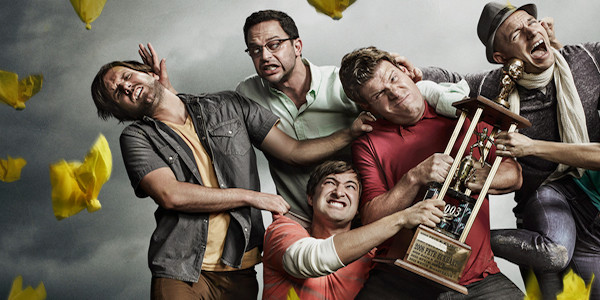 Pick a Team of Players Within the Salary Cap

Most Daily Fantasy Football works around picking a team of players under a set salary cap limit – more often than not $50,000.

Each player in the league is assigned a dollar value each week and you, as the GM, need to build a full team working within your budget.

Star players like Tom Brady and Aaron Rodgers will obviously cost you a bug chunk of your payroll but there are an infinite amount of ways to build a winning team with multiple combinations of players and price points.

The Fantasy team that accumulates the most point wins the top prize, simple as that. But finish in the top 10-20% or so (or even just the top half of the field) and you’ll earn more than you invest.

As you know from watching football anyone can go off for a huge week making for an “any team” can win excitement that’s hard to find in other online gambling outlets.

Even better: if you do win, you get paid out immediately.

How to Build a Fantasy Football Team

With small variations (and different types of games we’ll get into later) most Fantasy Football teams are made up of 9 players at various positions.

On Draft Kings, for example, here are the positions that comprise your team:

On Fan Duel, another big DFS site, you will also pick a kicker.

Putting a team together for the week is literally as easy as clicking a few buttons.

All players are listed by position and cost to “buy” for the week. Once you’ve entered a listed competition you simply see a player you like and click “add/draft” to add him to your team.

If you want more information about his recent performances, expectations for the week or injury reports, just click on his name.

As you build your team with the salary cap in mind you can easily move around, add, drop or change players as you go.

Save your lineup as you go. Even leave it for a bit to think about it and come back if you prefer. Lineups are usually locked right before the first games start for the day or before the start of a specific player’s game, depending on the site.

Once you’re done tweaking your lineup and submit it, you’re in.

How to Score Points

Your fantasy players score points based on how they perform on the field each week.

Different sites have slightly different scoring models but they’re all based around the same idea.

A touchdown is worth x amount of points. A field goal, fumble, yards gained, number of catches, interceptions, etc all accrue your player points.

You want your team to score more points than everyone else – simple. How to build a team that maximizes your chances to score points, using techniques like “stacking” for example – will be discussed in a different section.

Your options for Fantasy Football formats are more or less:

Free games are exactly what you think they are — games you can enter at no cost. Prizes usually aren’t monetary but instead tickets to events with a real-money buy-in.

If you win a free game you now get to enter a team in a bigger, real-money tournament where you can win actual cash.

The most exciting Fantasy Football games you can play are obviously the ones where you stand to win some real money. Large or small there’s nothing quite like the feeling of watching a team you picked rise up the standings and guarantee you of a nice payday before the Monday Night game even begins.

Prize pools come in various shapes and sizes depending on the “buy-in” required to enter the contest. The biggest events have guaranteed prize pools (some up to $10m) which means the site guarantees that much money will be paid out to participants regardless of how many people play.

For example for a $20 buy-in, $5m guaranteed event the site would need 250,000 entries paid to reach a $5m prize pool. If they don’t, the site still needs to add the extra money into the prize pool regardless. This gives you a better chance to win and is called an “overlay.”

If the event exceeds the guarantee the extra money from entries is also added to the prize pool.

The “Payout Schedule” is how each content divvies out the prize pool. In most cases the prize pool is split according to a formula for the top group of players. In some contest the whole thing is paid out to the top-scoring team.

Details for both the size of the prize pool and how it’s distributed can be found in a directly at the site you’re playing, usually right in a tab in the contest you’ve entered.

As we mentioned above entry fees come in a very wide range of options for all budget, starting as small as 25c and going all the way up into the thousands.

What Events Should I Play?

Beginners events are obviously a great starting point for players new to Fantasy Football as you’ll only be competing against players similar to yourself with limited Fantasy experience.

You can only play them for a short time, though, until you’ll no longer be able to register for them.

It might seem like heads-up battles are also a good option but you’re pretty likely to find an experienced Fantasy player in those matches who will have multiple lineups in play.

You can on most sites, however, also create head-to-head contests so you can play against a friend.

The big-field, low buy-in contests are usually the best way to get bang for your buck. Entry costs are reasonably low, anybody can hit it lucky and big-time cash is available to be won.

Qualifiers/Satellites – These are smaller cost tournament with a prize of a ticket into a bigger cost tournament. If you win the qualifier (or place in a certain % of the field) you’ll get a ticket to the more expensive event.

Multipliers – In these contests the top “x” of the field doubles, triples or quadruples their money. These can go as high as 10 times.